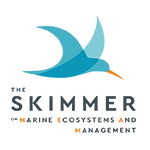 All things to all people: What different groups mean when they talk about the Blue Economy

Editor’s note: The term on everyone’s lips (and documents) these days is Blue Economy. In this issue, The Skimmer takes a look at what various groups mean when they use this term, how it came about, what it looks like in practice or could look like in practice, and why it has some people worried. We’d love to hear your thoughts and experiences about the Blue Economy in the Comments section below.

So what in the world is the ‘Blue Economy’?

If a country is not very dependent on the ocean, can it have a Blue Economy? A brief interview with Joanna Smith of Nature United

Editor’s note: Joanna Smith is director of ocean planning and mapping with Nature United, the Canadian affiliate of The Nature Conservancy. In this capacity, she is the Seychelles marine spatial planning (MSP) process and science lead. She splits her time between Canada, Seychelles, and other travels.

The Skimmer: How have you seen Blue Economy develop over recent years?

Smith: In 2012, the European Union introduced its “Blue Growth” platform. This platform was heavily focused on employment and creating jobs in new and emerging ocean sectors. It was a diversification of sorts to make up for shrinkage in other markets. Initially it did not have a sustainability focus per se, but in the following years, the word “sustainable” became more prominent.

To me, the “Blue Economy” was launched in 2014 by small island developing states (SIDS). It is a fundamentally different concept from Blue Growth in that it highlights the significance of the oceans for these nations in the context of ocean conservation, sustainable livelihoods, economic diversification, and maritime security. For many SIDS, a high percentage of their Gross Domestic Product (GDP) comes from marine sources – their economies truly are “blue”. For these nations, Blue Economy is not just about diversifying their ocean economies (the parts of their national economies dependent on the ocean). It is also about increasing the resilience of their ocean economies, increasing maritime safety and security (from piracy and IUU), improving ocean management and food security, protecting the environment, and adapting to climate change.

Latest News and Resources for Ocean Planners and Managers

And check out new training opportunities on The Skimmer’s Marine Planning and Management Training page!

The Skimmer’s new Tools page is now fully operational, and you can use it to find information on tools that deal with:

The new Tools page pulls together journal articles, reports, MEAM/Skimmer articles, and other resources that provide information about a range of tools for these and other marine management and conservation tasks. Please let us know what you think!