Fishing for invertebrates is increasing dramatically, and it’s impacting marine ecosystems: How we can manage invertebrate fisheries better

The Skimmer: As global catch of invertebrates increases, what impacts are invertebrate fisheries having on marine ecosystems?

Lotze: Invertebrate catches have increased more than six-fold globally since the 1950s. Catches include all major species groups – 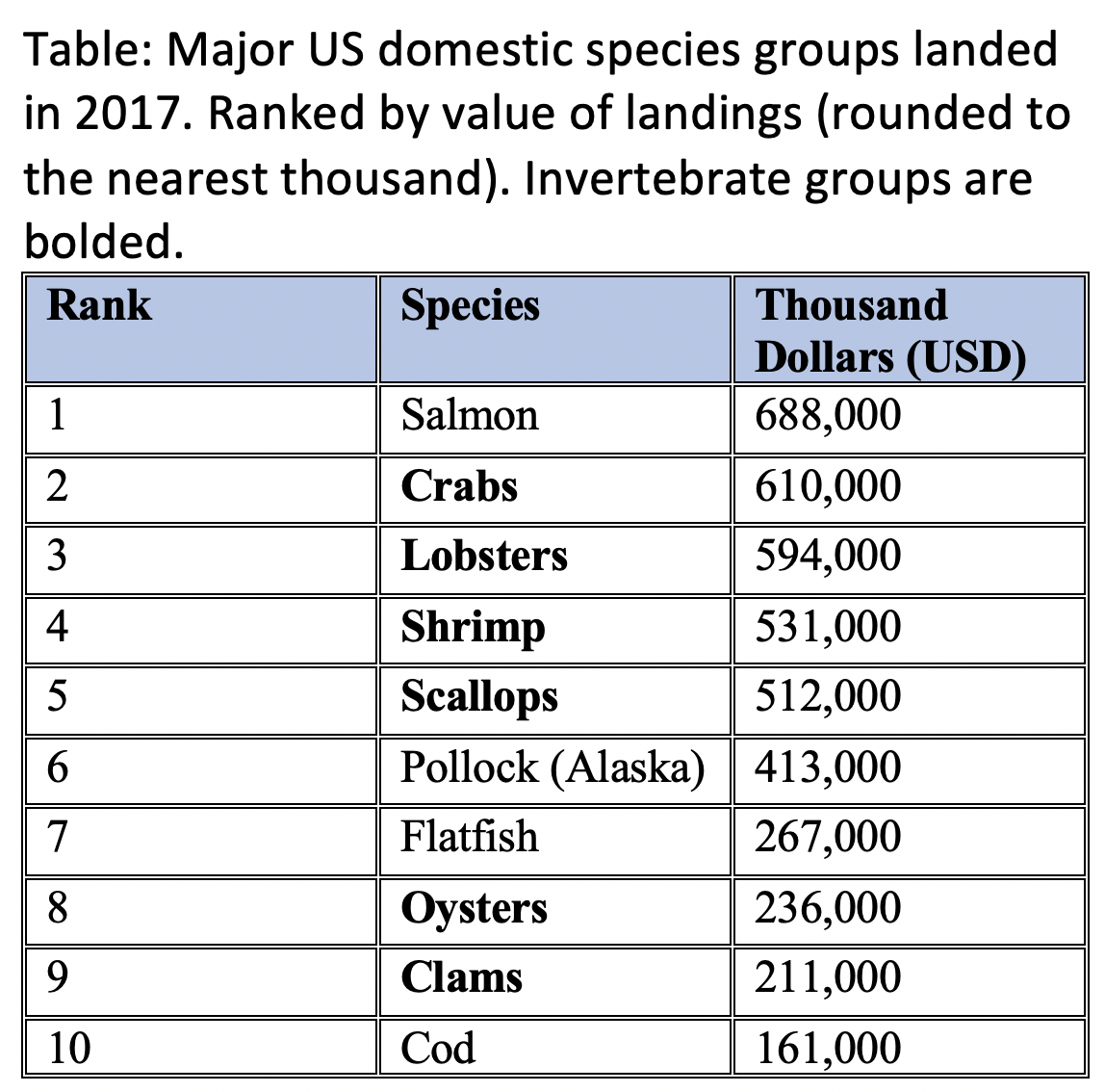 from lobster, shrimp, and crabs (crustaceans) to octopus, cuttlefish and squid (cephalopods) to mussels and snails (mollusks) to sea urchins and sea cucumbers (echinoderms). In many countries, invertebrates are some of the most lucrative commercial fisheries and provide coastal communities with valuable livelihoods and associated benefits. The global increase in catches has been accompanied by the spatial expansion of invertebrate fisheries: many more countries are engaging in fishing invertebrates, and many more areas within countries are now fishing invertebrates. For example, sea urchin and sea cucumber are now fished around the globe, and fishing for invertebrates has expanded from shallow to deeper waters to maintain or enhance catch levels. Fisheries have further shifted from large- to smaller-sized individuals and from high- to lesser-valued species, usually in response to declining catches and following a ‘fishing down the value-chain’ pattern.

Many people may think it is ‘just’ invertebrates, but these species play important ecological roles in marine ecosystems. These roles are often more diverse than the roles that fish play, consequently the impacts of invertebrate fisheries on other species and marine ecosystems are more varied than those of finfish fisheries. For example:

Reducing the abundance of these species has multi-fold effects on marine ecosystem structure, functions, and services. Quantifying these is not easy because there is a general lack of field observations, surveys, and experiments. We therefore used ecosystem models for 12 marine regions around the world to better understand what effects the depletion of invertebrates may have on other species and trophic groups. In our model ecosystems, the simulated depletion of targeted invertebrates by 60% (a moderate level of fisheries depletion) in the modeled ecosystem led to:

Not all the resulting changes were declines – the abundance of some species declined while others increased, but the changes in populations and overall structure of the modeled ecosystems were significant. Reducing the level of invertebrate depletion in our models always resulted in lower and fewer ecosystem effects.

In addition to the level of exploitation, the way we fish is also important. The majority of invertebrates (53% of catch by volume, 71% by taxa) are caught by seafloor trawling and dredging, which is known to destroy important three-dimensional habitat, disturb seafloor communities, and affect many sensitive, threatened or endangered species either directly or through bycatch. Thus, invertebrate fisheries are not less harmful than finfish fisheries, yet there is often less regulation, monitoring, and overall awareness 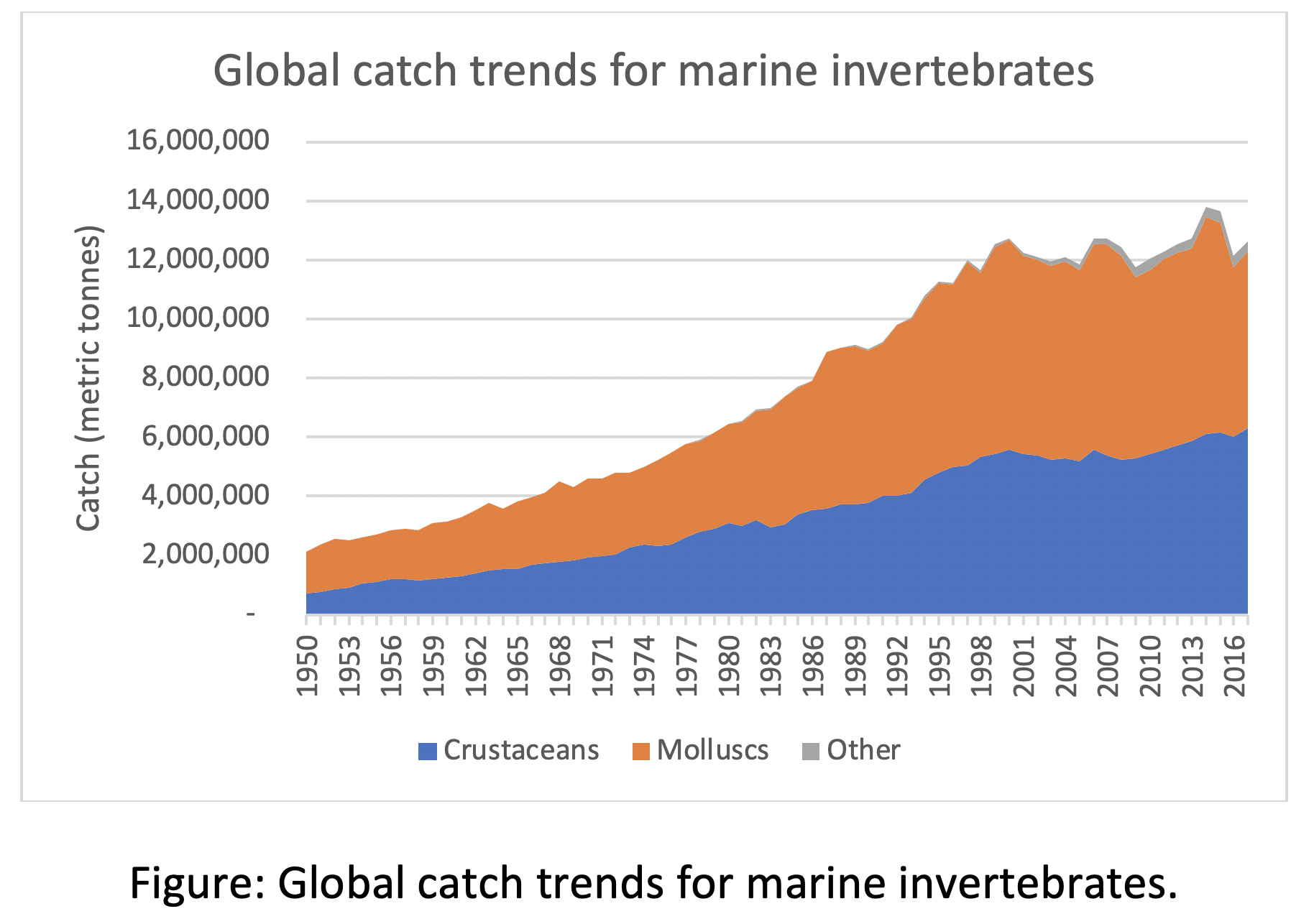 Lotze: Over the past decades, an increasing proportion of invertebrate fisheries has been considered collapsed, over-, or fully exploited. For example, about 69% of sea cucumber fisheries worldwide show signs of being over-exploited, and 81% show population declines. Also, lack of regulation and illegal fishing are important issues in about half of sea cucumber fisheries. Generally, the status of invertebrate fisheries management depends on the target species, the type of fishery, and where you are in the world. As in finfish fisheries, some high value and long-established invertebrate fisheries, such as those for lobster, are well managed and monitored in many countries. Other highly lucrative and newer fisheries, however, such as those for sea cucumbers or sea urchins, have little regulation or restrictions and are over fished – resulting in boom-and-bust fisheries that move from one country to the next, driven by global corporations and demand.

Do invertebrates need to be managed differently than finfish fisheries? The short answer is yes, but again, it depends a bit on the target species and type of fishery. For many invertebrate species, traditional stock assessment models do not always work because their biology and ecology differ from that of finfish species and requires other considerations in terms of reproductive output, growth rates, life cycle, and age of maturity, among other factors. Moreover, for many invertebrates there are no good abundance estimates or monitoring programs, so we do not know how many are out there and what their population trends are. It is often assumed that they are very abundant and not vulnerable to overfishing, the same assumption that many people had about finfish throughout history and was proven wrong by recent fish stock collapses.

In terms of actual management, the basic practices are similar to those of finfish, e.g., effort and gear regulations, catch quotas, closed areas or seasons. However, the effectiveness of these practices depends on good knowledge of the stocks and populations, their life cycle, behavior, and dynamics including response to fishing pressure. If we do not have that knowledge, management is often based on trial and error. Modeling studies show that many invertebrates are fished at levels that are too high to reach the maximum sustainable yield (MSY). Here, reducing depletion levels could result in similar or even higher catches, lower fishing costs, and lower ecosystem impacts, a win-win situation. This has been demonstrated in modeling studies for invertebrate fisheries across 12 marine ecosystems globally, as well as for individual lobster, abalone, and sea cucumber fisheries in New Zealand and lobster fisheries in Nova Scotia.

The Skimmer: Do you have any recommendations for the ecosystem-based management of invertebrate fisheries based on your and your colleagues’ research?

Lotze: Ecosystem-based management has five major pillars with the overall goal to ensure healthy, productive, and diverse marine ecosystems. These include (i) the maintenance of ecosystem characteristics to protect non-target species, vulnerable species, habitats, and trophic interactions, (ii) the protection of essential habitats to sustain species diversity and abundance, (iii) the protection of endangered, threatened, and vulnerable species, (iv) the reduction of bycatch and discards and elimination of destructive and unselective exploitation methods, and (v) the management of target species in the context of the overall state of the ecosystem, habitat, protected species, and non-target species.

All these ecosystem pillars need to be applied to invertebrate fisheries, as well as finfish fisheries. As such: 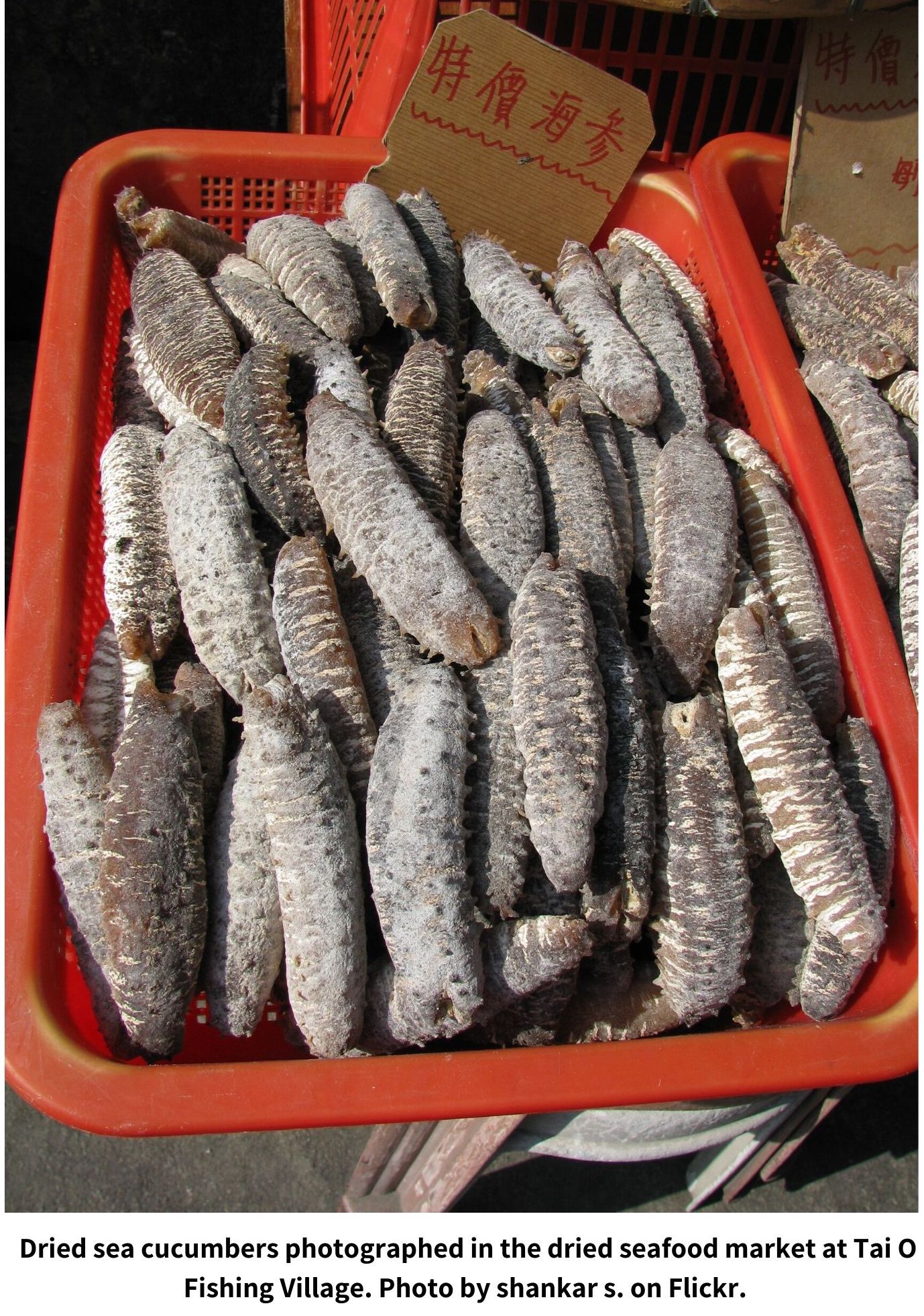