More than 80% of the world’s sewage is discharged into the environment untreated. We can fix this

By Stephanie Wear of The Nature Conservancy

Editor’s note: Stephanie Wear is a senior scientist and strategy advisor at The Nature Conservancy. She is also a visiting scientist at the UCLA Institute of the Environment and Sustainability and the Duke University Marine Lab. She can be contacted by email at swear@tnc.org, on Instagram at oceansewage, and on Twitter @stephwear. 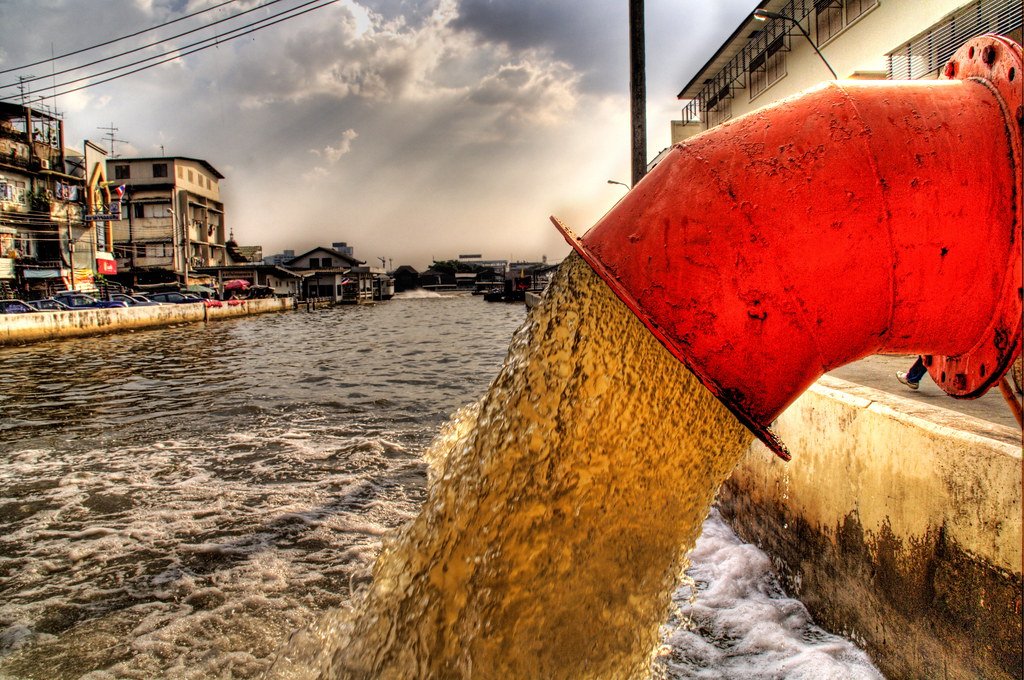 While most of us can recite the top three threats to ocean health (i.e., climate change, overfishing, and pollution), there is a notable disparity in how we allocate our precious time and resources to addressing these three threats. I have worked in marine conservation for over two decades. And what I have seen is that we are doing a lot to address overfishing and a lot to address the impacts of climate change (ranging from tried and true strategies to the novel and perhaps even a little crazy. Desperate times…) However, much less is happening in the non-plastic pollution space. To see if my observations held more broadly, in 2016, I surveyed hundreds of marine resource managers (mostly focused on coral reefs) to see what their big problems are and what they are doing to address them. The results confirmed my personal observations – coastal pollution is a big problem … but very little attention is given to it. Survey respondents cited a lot of valid reasons given for this, none of which will surprise you. They include lack of government mandates, other priorities for funders and stakeholders, and politics. (You can read the full survey findings here.)

Sewage pollution is one of the biggest contributors to coastal pollution

So we certainly have some challenges to overcome when it comes to addressing coastal pollution. But there are also opportunities – in particular, around sewage pollution, one of the biggest contributors to coastal pollution. More than 80% of the world’s sewage is discharged untreated into the environment. In some places, the percentage is even higher (e.g., 85% in the Caribbean) or the ocean actually is the toilet (known as ocean defecation). And you can be pretty sure that if you have raw or partially treated sewage going into your coastal waters, it is causing problems. Many people assume the only problem is eutrophication, and this is indeed a big concern for many habitat types. But there are many other things in household sewage that are harmful to marine ecosystems, including pharmaceuticals, heavy metals, and endocrine disruptors. These contaminants impact coral reproduction, growth, vulnerability to disease, and more. And sewage pollution can also mean desalination, sedimentation, shading, and the introduction of pathogens to marine ecosystems.

There are likely many reasons why sewage pollution has been ignored at a global scale. Sewage is not a sexy problem. Taboo and a “flush it and forget it” mentality probably play roles. In addition, sewage pollution is often invisible and hard to identify, silently seeping into coastal waters from different sources, although we are getting better at identifying it and finding the sources. 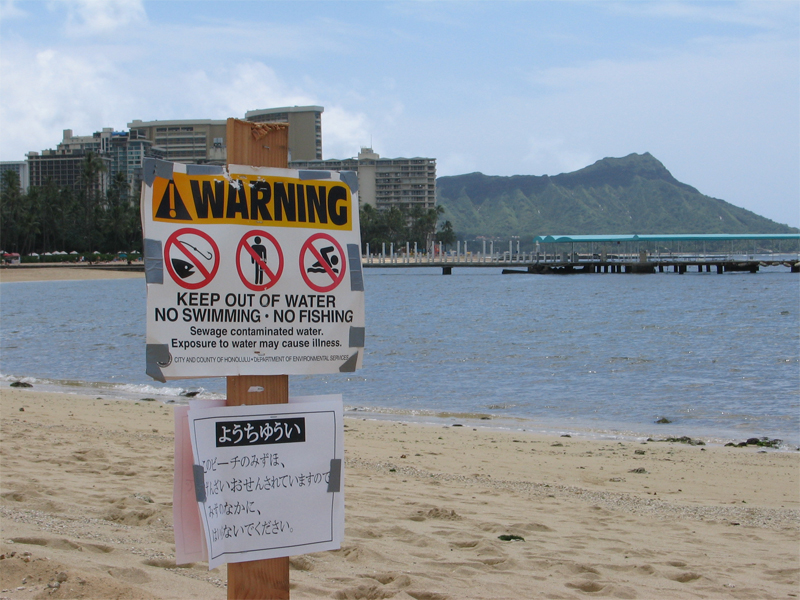 I am going to guess that some of you are thinking, “Too much – I am already dealing with too many threats and don’t have time to think about sewage pollution.” I get that. But the reality is that you can’t afford to not address sewage pollution. Ignoring sewage pollution undermines marine protected areas, habitat restoration, fisheries, and anything else that depends on good water quality – pretty much all our conservation and management goals.

So, if you are not already working to mitigate this threat, where do you start? There are a lot of new terms, technologies, and stakeholders to understand. The Reef Resilience Network is currently building a new course module on ocean sewage pollution to help practitioners get up to speed. While the module is still in development, the Reef Resilience team is running a monthly webinar series to help practitioners become fluent in the terminology, learn about projects that are already underway, and hear from experts in other sectors that are key partners in this work. This last aspect is critical because ocean sewage pollution will only be solved in a way that makes sense for people and the oceans through partnerships and cross-sector collaboration. You can view recordings for the webinars we have already hosted:

We have more to come. I hope you will tune in to learn and share your own experiences with this daunting but fixable threat to coastal habitats across the globe.

By Katie Velasco of Rare

Editor’s note: Katie Velasco is director of operations and engagement with Rare’s Center for Behavior & the Environment. In this role, she works to build demand for applying behavioral science to sustainability challenges worldwide, including leading the Solution Search program and managing external engagements and partnerships. She can be contacted at info@solutionsearch.org.

Water pollution remains a pervasive threat to our ecosystems and our own health. Every day, local waterways fill with contaminants that originate from human activity: sewage, plastics, fertilizers, toxic chemicals, and more. Less than 20 percent of the world’s watersheds remain in their nearly pristine state. Global solutions are sorely needed – and fast.

Critically, these solutions must be focused on the root cause of the problem: human behavior. Infrastructure development, policy reform, and technological innovation – all ultimately designed to promote sustainable water practices – are important parts of the solution. Yet our efforts will fall short if we rely only on a limited set of tools and miss out on using a full range of levers for change. The large-scale transitions we need (i.e., building/updating wastewater treatment systems in every community worldwide) are not only costly and time-intensive, but they can also be ineffective if not designed in a behaviorally informed manner. In a perspective piece for Our Shared Seas, I outline how behavioral insights can play a significant role in solving the sewage pollution crisis, filling in the gaps that more traditional approaches leave behind.

Fortunately, effective behavioral solutions are out there. Communities, local nonprofits, and other organizations have found promising approaches to shift human behavior and reduce water pollution. Earlier this month, Solution Search: Water Pollution & Behavior Change was launched to find, spotlight, and accelerate the most effective of these behavioral interventions. A partnership between The Nature Conservancy, Rare, Inter-American Development Bank, Lonely Whale, Ocean Conservancy, and 11th Hour Racing, the contest is open for entries through January 10, 2021. Prizes include two $25,000 grand prizes, a $10,000 Environmental Justice Prize, a $10,000 Youth Leadership Prize, and a $5,000 prize to the best early entrant. Winners also receive high-impact exposure, the opportunity to connect with other global leaders tackling water pollution challenges, and cutting-edge training in behavioral sciences. To learn more and enter, visit www.solutionsearch.org.