​​​​​​​The Skimmer: Managing and conserving ocean ecosystems in a rapidly changing climate 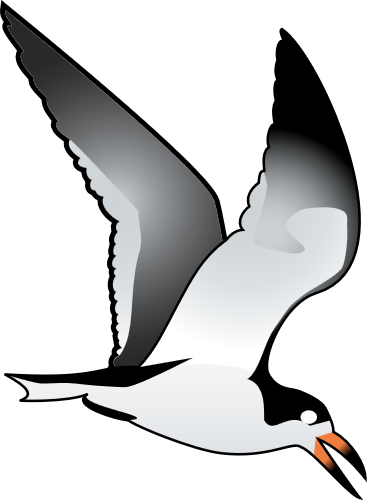 Editor’s note: The Skimmer is a MEAM feature where we briefly review the latest news and research on a topic. This Skimmer features new research and insights presented at the 4th International Symposium on Effects of Climate Change on the World’s Oceans (ECCWO), held in June 2018 in Washington, DC. In last month’s MEAM, we covered new research on how weather and climate extremes are impacting marine ecosystems, as well as some climate change tools and resources, presented at the symposium. This month we examine what practitioners can do about it.

Marine species just are not where they used to be: Managing and conserving species on the move

Takeaway Message #1: Marine resource management and conservation needs to look forward, not back – or, why modeling is even more critical to management than it used to be

Are US national security decision makers using these capabilities? No – they are using static IPCC reports (referred to as “tombs of data products” by one speaker). Relationships between the environmental prediction and natural security communities need to be built for these capabilities to be fully utilized. [Ringler et al., pg. 175]

In another plenary talk about ecosystem-based management of marine ecosystems in the face of climate change, Sarah Cooley of The Ocean Conservancy emphasized that policy development needs to be an inclusive process with repeated interaction between modelers, managers, and resource users. (Watch a recording of the plenary.) She cited the Oyster Futures project that developed recommendations for oyster policies and management for the Choptank and Little Choptank rivers, tributaries of the Chesapeake Bay on the east coast of the US, as a great example of this. For this initiative, industry, manager, social scientists, and natural scientists all sat around a table (literally, they had assigned seating which changed periodically) and discussed management actions with the assistance of expert facilitators. The group used simulations and projections to examine how management measures (e.g., season length, sanctuaries, gear types) and restoration practices would impact oyster populations, harvests, and water quality. Results? A package of recommendations approved by all sent to the Maryland Department of Natural Resources in March 2018.

Takeaway Message #2: Even when governments are not adapting to climate change impacts, stakeholders are – we need to understand and plan for this

A glimpse into our ‘no-analog future’: How “the Blob” led to a record number of whale entanglements along the California coast in 2015 and 2016

The story of how the large marine heatwave off the North American West Coast in 2015-2016 (“The Blob”) led to humpback whales getting tangled in crab pots off the California coast is a perfect example of how climate change will set off chains of events with unanticipated and often severe consequences. In 2015, warm waters off the coast of California led to pelagic forage fish such as anchovy – that is, humpback whale food – being compressed into a relatively narrow band close to shore, in the same areas where Dungeness crab fishers set

their pots. This wouldn’t normally be a problem because Dungeness crab fishers have usually picked up their gear and moved on to salmon fishing by the April-June period when humpback whales migrate through the region. But in 2015 and 2016, the continued presence of domoic acid from a harmful algal bloom in the region (related to the large marine heatwave) led to a delay in opening the Dungeness crab season; at the same time, poor salmon catches (also related to the large marine heatwave) failed to draw fishers away from the Dungeness crab fishery. So Dungeness crab landings actually peaked in the April-June timeframe, leading to numerous entanglements between Dungeness crab gear and migrating humpback whales. A working group of fishery stakeholders, resource managers, and conservationists convened in 2015 to address the entanglement problem and developed best practices and voluntary recommendations, but many mitigation activities didn’t start until 2017, highlighting the need for more responsive and nimble management processes. Welcome to the “no-analog future” as climate change forces ocean states beyond historical envelopes. [Santora and Mantua, pg. 42]

Takeaway Message #3: Don’t give up! Even in the face of climate change, marine resource management matters

Thinking about marine protected areas in a changing climate

For marine protected areas (MPAs), climate change could change the quality, composition, and even existence of species, communities, and habitats (aka features) within the areas. In his ECCWO talk, Paul Buckley with the Cefas Marine Climate Change Centre in the UK discussed management implications of climate change for UK MPAs. Some possibilities:

In general, in response to climate change, features and areas that may be most affected by climate change need to be identified, and conservation targets and objectives need to be reviewed more regularly. [Buckley et al., pg. 158]

Other insights from the ECCWO symposium:

Illustration credit: Bas Kohler for the 4th International Symposium on the Effects of Climate Change on the World’s Oceans. See more Kohler illustrations from the conference (available for use in science communications).