MPA News asked two people with an interest in global MPA statistics for their thoughts on what counts as an MPA. Specifically, we gave a short list of what might be considered borderline MPAs to: Chris Yesson of the Institute of Zoology in the UK, who helped develop...

Prologue from The Ocean of Life: The Fate of Man and the Sea 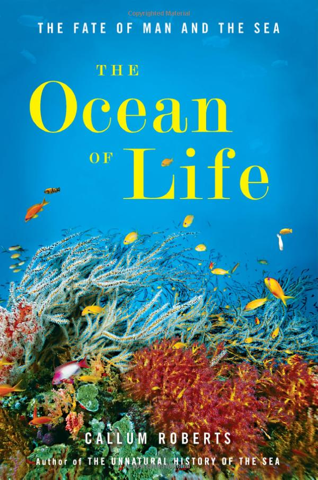 The following is the opening section of the new book The Ocean of Life: The Fate of Man and the Sea, by Callum Roberts. It is reprinted here by OpenChannels with permission from Viking Press.

The water felt chilly as I waded out to fetch the battered skiff from its mooring. It slid easily over the glassy lagoon to the beach, where Julie waited with our diving gear. We had been married a month, and in lieu of a honeymoon I had persuaded her to accept two months of fieldwork studying fish behavior on this remote patch of Australia’s Great Barrier Reef. It was June 1987, winter in Australia and summer back home. Two herons picked their way along the shoreline looking for breakfast. They flapped off as the outboard engine coughed to life, and we set course for a spot a mile away, across a maze of coral so complex that it would have baffled the most capable navigator.

We anchored on a rubble ridge that separated the lagoon from the open sea. This was our first ocean dive here, and the thrill of expectation was tempered by a frisson of fear. Ahead of us the homely greens and browns of the shallow reef gave way to the dark indigo of the deep. Huge buttresses of coral plunged down hundreds of feet in parallel walls separated by deep channels. Vivid purple finger-corals vied for space with yellow lettuce-coral, while great mounds of blue and green polyps rose from the bottom.

What Counts as a Marine Protected Area?

When calculating global MPA coverage, what sites to include is a central question In the 13 years since we started publication, the MPA News team has generally taken an inclusive view of what counts as a marine protected area. Gear closures, temporary closures,...

MPA News Poll: What should we count as MPAs?

(Please scroll down to see the poll)

Perspective: When NGOs Invest Long-term in an MPA’s Management

Editor’s note: Anton Wijonarno is Marine Biodiversity and Programme Monitoring Manager for WWF-Indonesia. By Anton Wijonarno Indonesia has a system of marine protected areas that was designed in 1984, and mandated to be managed by the Ministry of Forestry and...
« Older Entries