Perspective: When is fishing allowed in an MPA?

Editor’s note: Jon Day was lead author for Guidelines for applying the IUCN Protected Area Management Categories to Marine Protected Areas (IUCN 2012). From 1998 to 2014 Jon served as one of the directors at the Great Barrier Reef Marine Park Authority (responsible for conservation, heritage and Indigenous partnerships). He is now at James Cook University.

Broad pronouncements are sometimes made (wrongly) that “fishing is not allowed in an MPA.”  The reality is, as shown in the figure below, there are various types of MPAs and some do allow fishing.

This figure was developed after a recent fisheries workshop where some attendees were confused as to what the various IUCN categories for protected areas (PAs) actually meant and where fishing might occur. The figure attempts to show the relationship among IUCN’s PA categories, how those categories (particularly Categories Ia to IV) have been interpreted when applied to MPAs, and in which ones fishing is (generally) allowed.

The figure is not meant to replace more formal and detailed guidance (e.g., Dudley 2008; Day et al. 2012). But hopefully it does provide a quick guide to what the IUCN categories generally mean for MPAs and fishing. (Note: there are some exceptions, so please refer to the detailed guidance if you are unsure).

Some recent papers have discussed the conservation benefits that MPAs may, or may not, provide for various marine species (e.g., Doherty et al. 2017; White et al. 2017) without defining the type of MPA. Highly mobile marine species may well traverse all the marine categories shown, so the creation of one type of MPA alone is unlikely to be sufficient for the conservation of such species, particularly considering the different life stages of such mobile species.

Regarding MPAs, it is also important to remember: 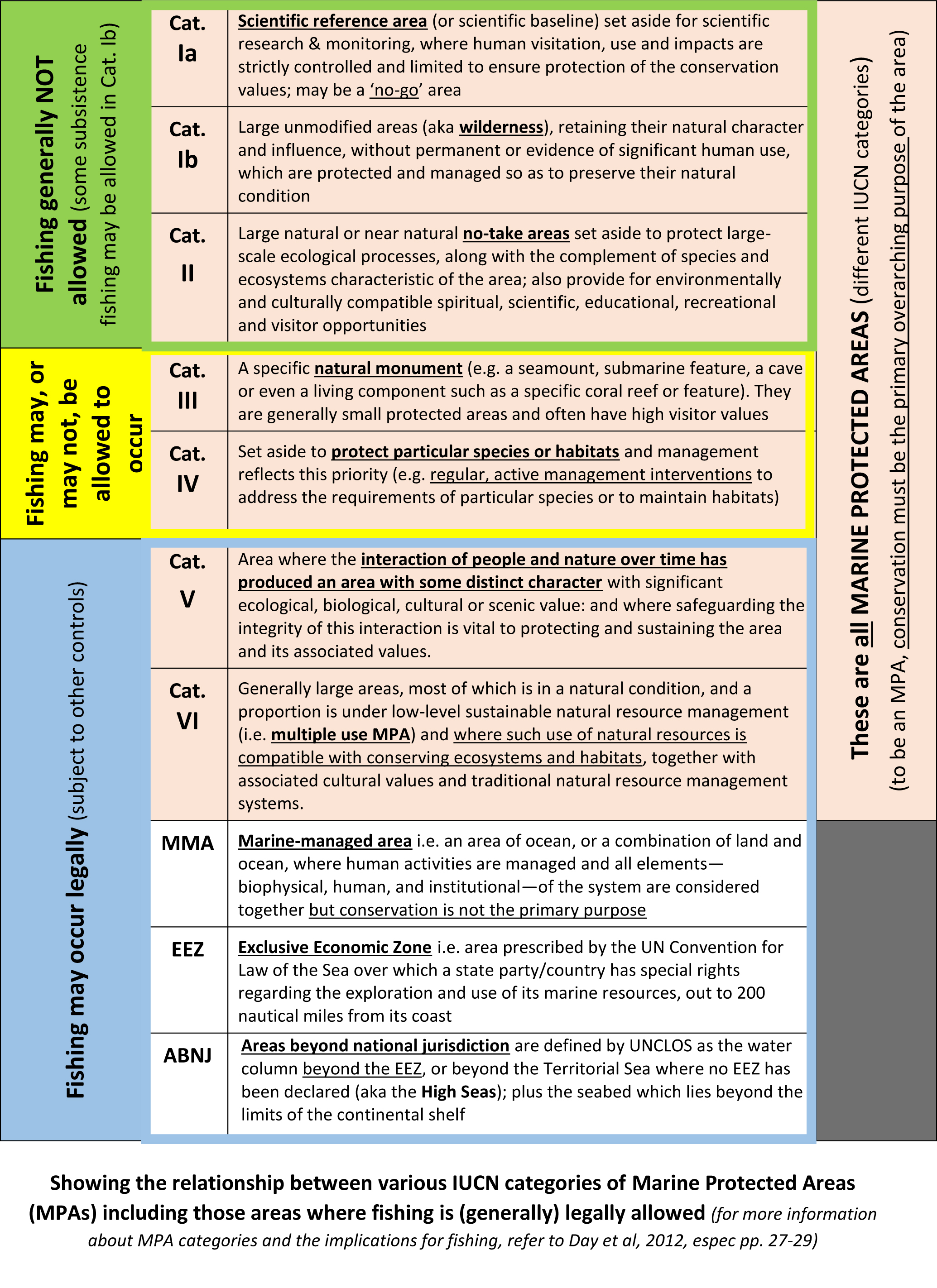